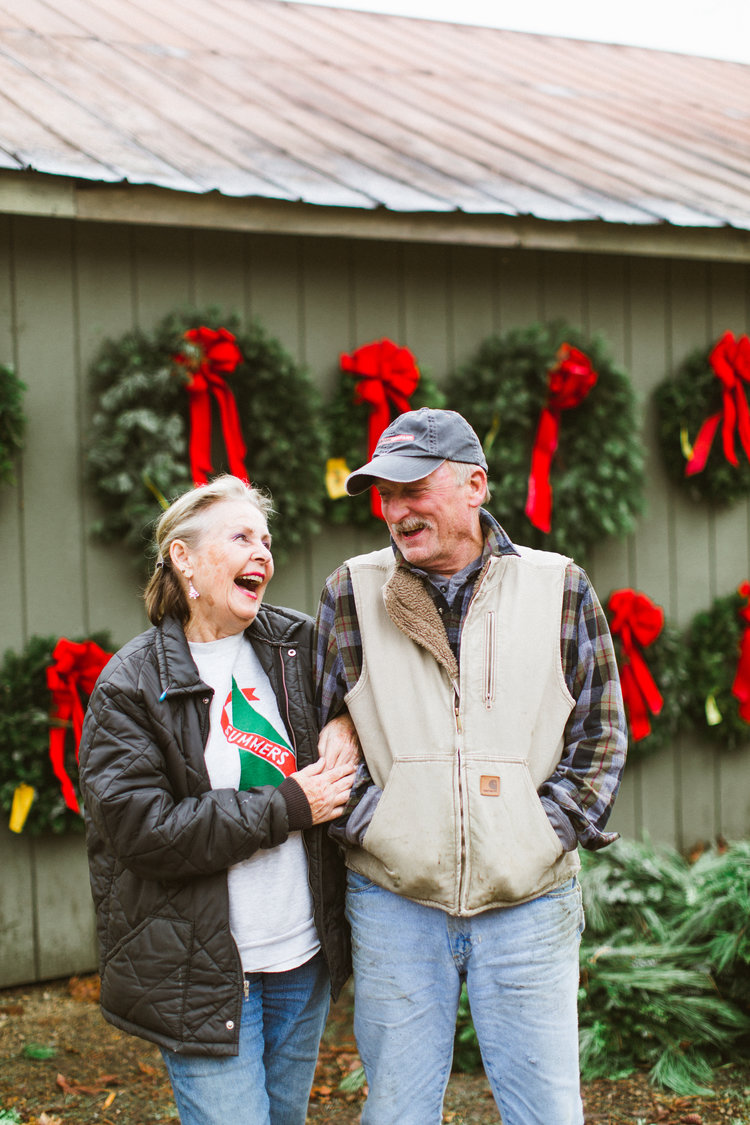 It takes years of hard work to bring your customers the perfect tree.

The day after Thanksgiving, families begin flocking to Summers Christmas Tree Farm, a few miles west of Madison, Wisconsin. They can roam 150 acres of hills and dales, full of beautifully shaped fir and pine and spruce, looking for that perfect tree. It’s a thrill to stand on the highest point, and gaze east to the state capitol, 25 miles away. For a few hours, they’re free of TV, radio, computer and (hopefully) even smartphones.

“It’s their memory maker,” says Judy Summers, who runs the farm with her husband Bill, who’s been involved in the operation since it offered its first trees in 1957. “The kids will never forget when they found the tree, and hw Dad or Mom cut it down, and they hauled it back to the car - maybe on a sled, or maybe their dog pulled it.” “They might not want to come back when they’re teenagers, but when they’re older, with kids of their own, we’ll see them again. We have customers who are second and third generation.”

“It’s different now from when I was a kid,” says Bill. “Christmas is more of a production. People used to get their tree a few days before Christmas, and take it down in January. Now they want their tree just after Thanksgiving, get the lights on, and their favorite ornaments, and really enjoy it.” In addition to the tree farm, the Summers have a Christmas shop, full of wreaths, ornaments and gifts, managed by their friend Brenna Hale (who also helps them through the complexities of their web site). Appleberry Farms even comes out three weekends before Christmas, serving hot apple cider, apple brats and more.

It’s a celebration - and a booming business. “We sell anywhere from 3500 to 4000 trees every year,” says Bill. “Most people cut their own, but we have pre-cuts too, mostly for baby boomers like Judy and I who don’t want the trek.”

Once Christmas Eve passes, Summers Christmas Tree Farm closes for the season, and things quiet down for awhile. Bill gets busy repairing his aging fleet - three tractors, jeeps, Cub Cadets and more - and doing other work in his shops. Usually about a third of the tree-cutting saws need their blades replaced.

Come spring, the real work begins. The Summers need to plant about 6,000 new trees every year. Years ago, they planted all their own seedlings on the farm, but it could be perilous.

Bill remembers the spring when they were victimized by frost heaving. “The frost got down so deep, it just heaved up the seedlings. We’d find them all just lying on top of the ground.”

Nowadays most of the seedlings are raised in greenhouses, where they can safely reach their 12”-18” height. Some of them are shipped in from Michigan, the rest Bill and Judy pick up in their truck with an annual trip to Plainfield and Tomahawk in northern Wisconsin. “It’s a tight fit in the cab with a 60-pound aussie and a 70-pound border/lab plus the two of us,” says Judy. “No place for my feet, but our usual fun road trip!”

“The REAL reason for me to ride along is breakfast,” jokes Judy. They have favorite cafes that have become a cherished part of their routine.

What kind of trees do they buy? Bill and Judy have learned over the years that you’ve got to have a good variety, or you can get an unpleasant surprise. “Up until the 80’s, Scotch pine was by far the most popular tree,” recalls Bill. “People like the deep green color, the way it keeps its needles, and the branches are stiff - easy to hang ornaments on.”

But then, a bombshell hit. “Martha Stewart said in her magazine that the only tree to buy is the Fraser fir,” says Judy. “So that’s all people wanted. You were in trouble if you’d only planted Scotch pine.” 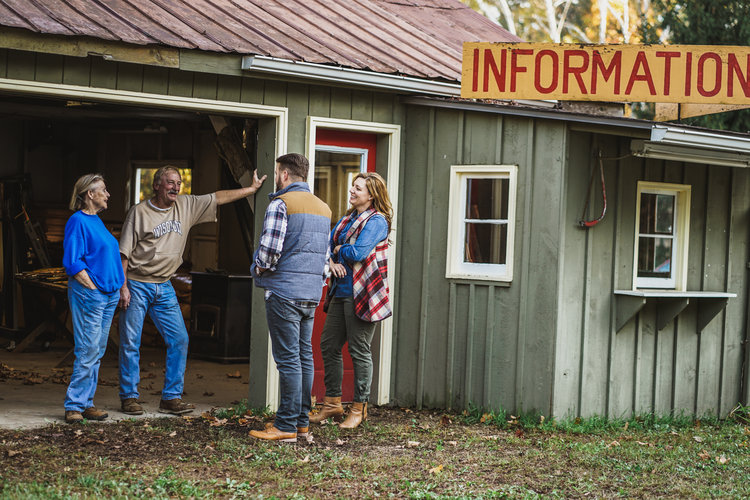 Starting about May, the trees have to be sprayed for pests, and fertilized. (Safety gear from Gempler’s comes in handy here, Bill mentions.) And the mowing begins, between the rows and elsewhere. But the big jobs are shearing and pruning - just imagine keeping 65,000 trees properly pruned! (Think, blisters.)

“When the trees get to be about three feet tall, we begin to shape them as Christmas trees,” says Bill. “It’s an art. We have to look at each tree carefully, the branches and the shape, before we even start pruning. Or the tree may need to be sheared.”

“People said to us, I love the look of your trees, but it’s hard to hang ornaments on them,” says Judy. “That’s when we went to axial pruning on fir and spruce, but continued to shear all the pine.” Hard as the work can be, Bill and Judy love what they do, and probably can’t imagine doing anything else. “When you see the look of joy in a little kid’s eyes, when his family is loading the tree onto the car, it’s pretty darn cool,” says Judy.

So if you want to make a great Christmas memory this year, one that’ll last a lifetime, pay Summers Christmas Tree Farm a visit. Judy may even have a homemade ginger snap or two for you.